Joyce's Craft Shop (pretty much all there is of Recess)

Ireland is a place, not surprisingly, full of Irish people. They are known for their wit, soul, music, and kindness. While jaunting about the Connemara countryside we happened upon the "town" of Recess. I don't know if anyone actually lives there because I honestly don't remember seeing any houses, just a little building with the Connemara Marble store, Joyce's Craft Shop, and Jack Bill's pub. Across the road from which was this impressive set of two monuments.

Oh yes. Did I mention Ireland is famous for its history, castles, and monuments as well? They are well marked, proudly so. In fact, that's what made us stop here - there was a road sign about a quarter mile before the shops that says: "Jack Bill's. Where nothing happened." How could I resist?

By the way, yes, that is Day-Glo paint on that sheep's butt. It's how the farmers tell their animals apart ...

Actually, I was just given (January 18, 2014) this explanation by someone in England:

The mark is to show, in breeding season, which ram "served" the ewe; the rams have some sort of crude marker pen attached under them which dispenses the marking substance, which I think is called raddle. I presume this is used to keep track of which rams are fertile, produce healthy lambs (or twins, or other attributes), and so on.

Thanks to John Gilliver!

(continuing) ... which is good because they just sort of wander around the roads ... actually, IN the roads. They sleep on the side of the roads. They (and the cows, which is another story entirely!) do everything imaginable in the roads. Umm, did I mention that the concept of a "road shoulder" hasn't reached much of Ireland yet? 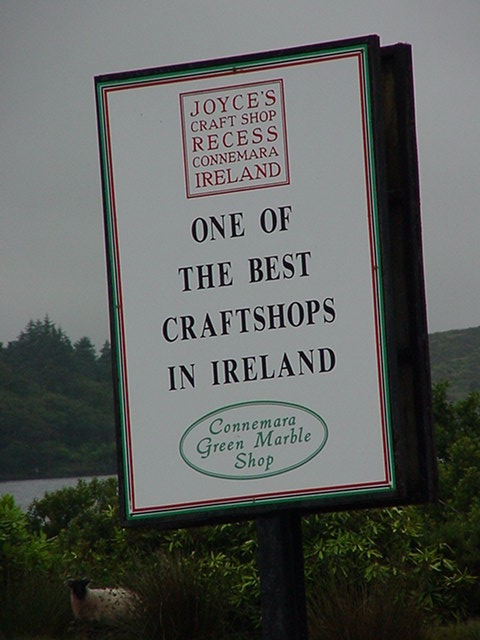 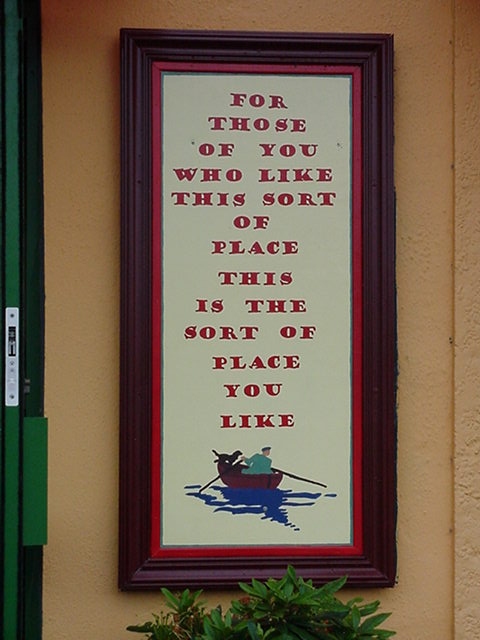 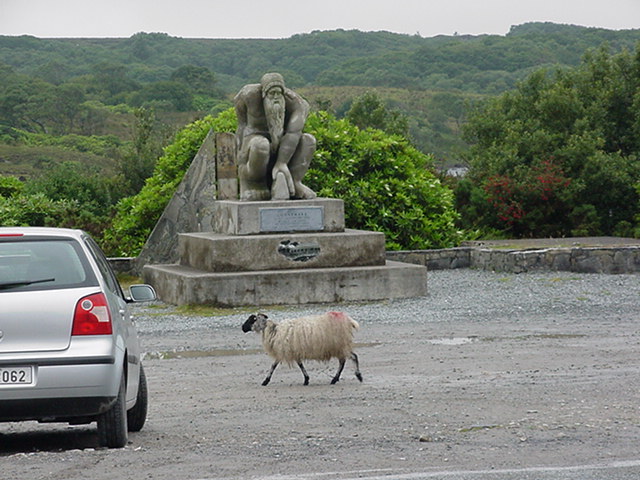 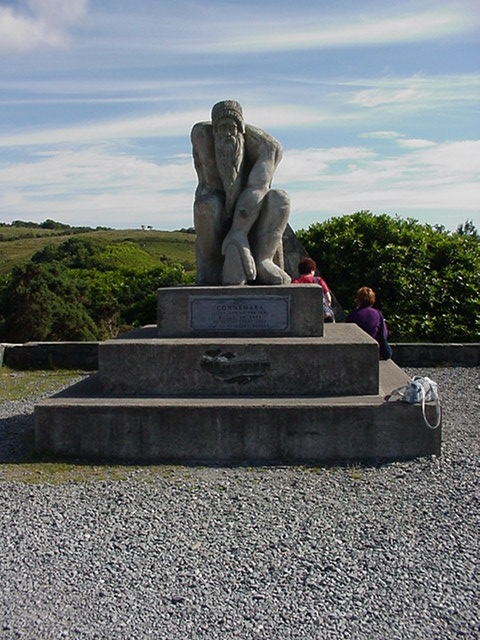 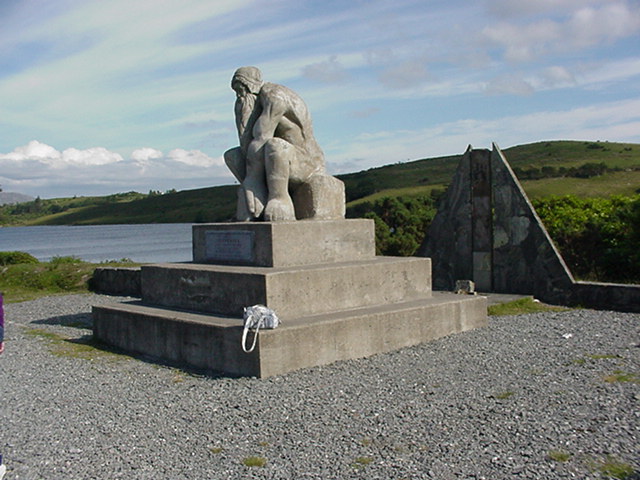 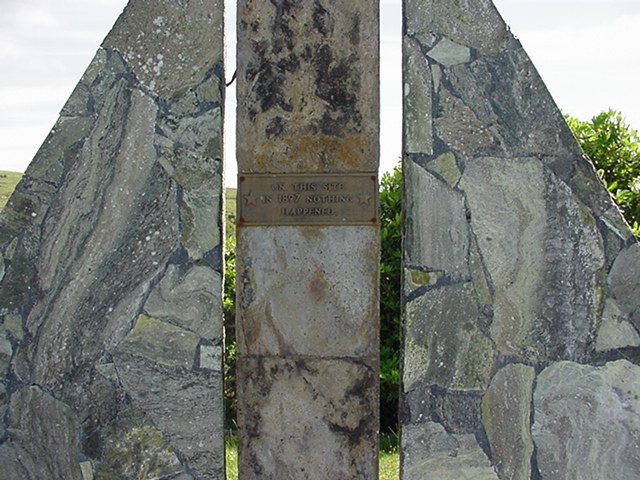 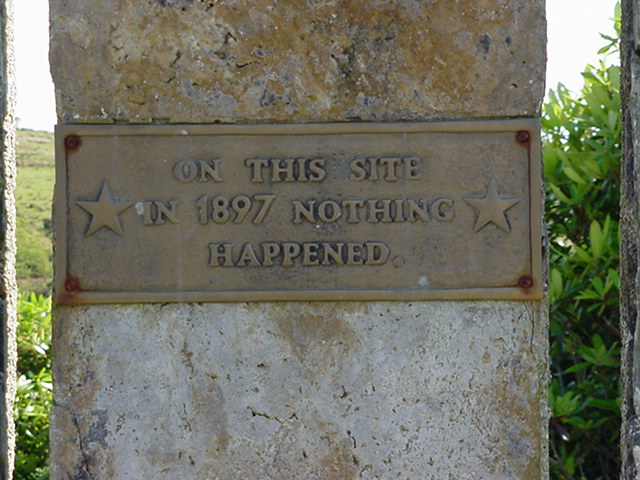