In the 1980's (and into the early 90's) Sony Business and Professional Group marketed a line of Laservision-based videodisc equipment.

The VIEW Systems incorporated into a single chassis a videodisc player, a computer, and graphics circuitry that allowed computer graphics and text to overlay the videodisc images.

The systems and players were sold to companies and organizations which used them for training systems, musuem displays, point-of-sale kiosks, and other uses.

The products were quite "bleeding-edge" at the time. Those of us in the business referred to ourselves as: The Lasernerds.

I sold these products as a dealer from 1980 to 1986. From 1986 to 1988 I was the Market Development Manager for Sony's Mid-Atlantic region. From 1988 to 1994 I was the National Marketing Manager for the group in Sony responsible for these products, the Intelligent Systems Division. I was responsible for (among other things) strategic planning, advertising, trade shows and PR, including managing the creation of all of the materials below

Here are some promotional materials from those bygone days. Click on the thumbnails to see the full image (note - some files are rather large).

My wife found this in a box during our "cleaning out the basement" project in August 2008.

If you know these two guys are with me please let me know because I'm really embarrassed that I don't!!! This was from the grand opening of the (then) new JC Penney headquarters building in Plano, TX. I think it was January 1993. 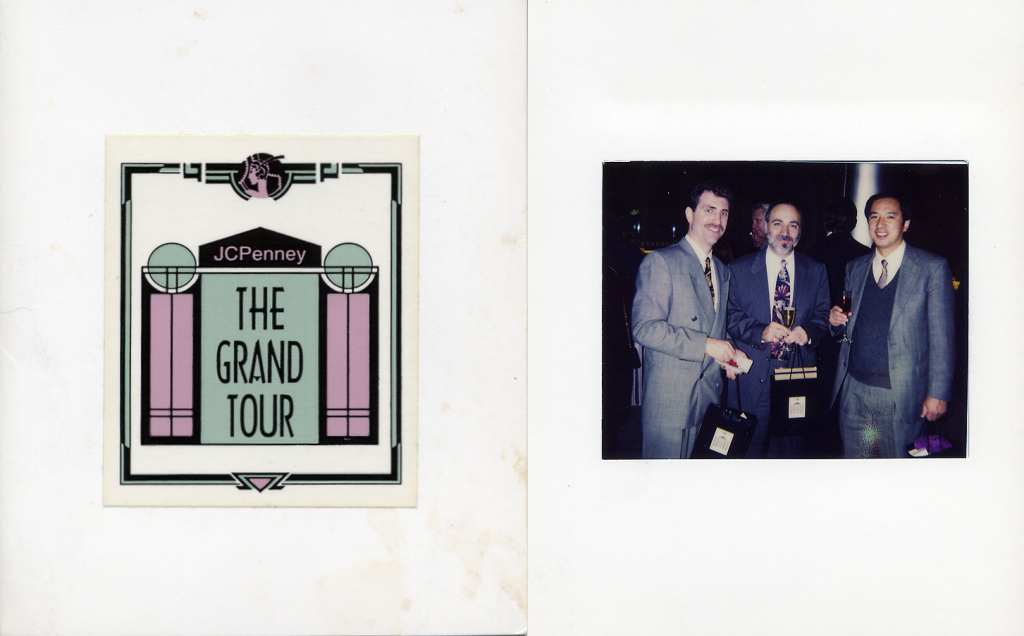